Get to Know Board President Leslie Eriwn 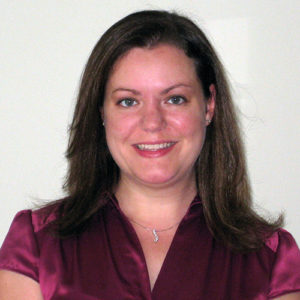 Leslie Erwin, Senior Director, Application Development, has just been elected President and Chairman of the HR Open Standards Consortium, which develops global HR interoperability standards. As President, Leslie will lead the ongoing development of global HR interoperability standards, as well as represent the Consortium with other entities, including the government, other non-profits, and companies. The volunteer Board contributes its technical and business acumen to guide the organization in its vision to establish HR Open Standards. Leslie joined the board last year and her appointment as President is a testament to her professionalism and skills.

Leslie is an advocate for HR Open Standards and is spearheading initiatives at ADP to implement partner API integrations using those standards. Leslie’s been part of the ADP family for more than 15 years. In her current role, she is responsible for Workforce Now Benefits Carrier Integrations and ACA. She participated in the benefits workgroup as a schema editor and led the group for the 4.2 release where Plan Setup was added to the schema, allowing for a more complete benefits integration.

How did you get involved in HR Open Standards and what roles have you played over the years that led you to Board President?

I was introduced to HR Open Standards by Suneel Mendiratta, former board Treasurer of the Consortium.  He recruited me to join the new benefits workgroup as the schema editor.  I spent a few years in that role and then transitioned to the workgroup leader.  Then, last year, I was nominated to the board and elected.  After just one year on the board, I was nominated and elected President.  I really enjoy the work I do with HR Open Standards and look forward to the expanded role within the organization.

What impact do you feel HR Open Standards has had on developing HR data exchange standards and how have the standards benefited your work at ADP?

HR Open Standards does a fantastic job of bringing people from all across the HR industry together with the shared goal of creating a better way to communicate within and between systems.  I have focused on benefit integration work for a large part of my career at ADP and it is a space within the industry that’s still developing in terms of APIs. We still see a ton of proprietary formats being used for data exchange.  I know the work I have done on the standards has really given me the hope that this can change and the benefits space can adapt and adopt a standard API schema for data integrations across the industry.

How do you feel your involvement has enriched your career and helped with your role in Application Development?

My involvement has helped me immensely.  I would encourage anyone who is not a part of an organization outside of their day-to-day job, to join one.  It really helps to broadens your knowledge of business, it expands your network and gives you the opportunity to develop professionally in new ways.  I have been challenged technically as a schema editor, I learned new leadership skills as a workgroup leader and now I am gaining so much insight into how a company works from the standpoint of a board, including how a foundation is formed.  All of these things, while not directly related to my role at ADP, have given me a new perspective and made me better at what I do at ADP.

What projects are you actively involved with at the moment? Anything new and exciting on the horizon to share?

A large portion of my focus right now is finding ways to use standards in ADP’s integrations with benefits carriers.  It’s a shift we are seeing in the industry and something that is really exciting to be a part of right now.  There are so many ways that standards can help enhance the client experience across the benefits industry, and I look forward to being part of that evolution.

What is the best way to get involved with HR Open Standards?

There are so many ways to get started.  Check out a Coffee Chat, attend one of our meetings, or join a workgroup.  The workgroups are a great way to get started and it doesn’t matter if you are not technical; even people who just have knowledge about the industry are a huge help.  Workgroups are a great way to expand your network too; it’s a great group of people and we are always happy to have new members!

If you are an employee of an existing member company, you are an existing individual member, or you just need to create a non-member login, we invite you to set up an online account to access your profile, transactions, event history, and more.

The members of HR Open Standards invite and encourage you to join! By working together, we can achieve our mission to maintain and enhance our industry as a whole.

All membership applications must be approved.